EASTLAKE—Anybody within earshot of North’s dugout during the Rangers’ rivalry showdown with South on Friday most likely left the ballpark ready for a big meal.

Throughout the 11-4 win, the Rangers chanted about pork chops, chicken wings and meatball subs. They also delivered clutch hits and made they key plays to pull away from the Rebels. 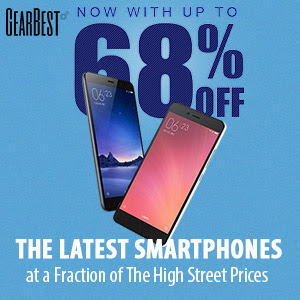 “These guys were definitely up for this game,” said North coach Kyle Stahlberg. “They were excited for it. I try to keep them excited and focused for every game, like that’s the game we’ve got to win, but you could see it in warmups and everything today, how pumped they were for this game.”

South scored a pair of runs in the third when Bryan Sufka drew a two out walk, Jack Elliott singled and Steven D’Eusanio doubled to left center.

Stahlberg pulled his team together before the Rangers went to bat and the Rangers responded with two runs of their own to tie the game at 2-2.

“We made some mental errors,” Stahlberg said. “I think the best part about when we did make those errors is that no one got down. They came right back up and were getting the job done. It’s huge when kids can just flush it, we always say, ‘Just flush it.’ They did that today.”

Zach Mitchell drew a leadoff walk and stole second. Trent Russo then walked and the runners moved to second and third on Kenny Streb’s sacrifice bunt. Tyler Nagorski then singled home both runners.

The Rangers added three more in the fourth when Brad Burrows reached on a fielder’s choice and Mitchell walked for the second time in as many innings. Russo reached on an error that scored Burrows and Streb singled home Mitchell. Russo went on to score on a wild pitch.

“It seemed like after they talked there (in the third), a couple of the other seniors on the team had some things to say too,” Stahlberg said. “A few guys said something like, ‘Hey, we’ve got to focus and do the job here.’ They got refocused and got the job done.”

South’s Zack Ryan reached on an error to open the fifth and Sufka drew a walk to put Rebels on first and second with no outs.

Elliott, who allowed two earned runs in 3 2/3 innings of work for the Rebels, helped his own cause when he doubled to center to cut North’s lead to 5-4.

North pitcher Jake Arrison retired the next three batters and finished the game by allowing just one more baserunner.

He allowed five hits and struck out three in improving to 5-1 on the year with a 2.50 earned run average.

“I think when Jake is mentally in the right place, he’s one of the toughest pitchers to deal with,” Stahlberg said. “He just had that confidence and focus. You could feel it and see it when he was standing up there. You knew Jake was going to have a good day. He did what he does. He throws pretty hard and got ahead on guys and was able to throw all of his different pitches to get guys to pop up, roll over or strike out. When he’s around the zone with all of his pitches he’s very, very difficult to get a good bat on. I’m very proud of him.”

Arrison also delivered a two run double in the bottom of the sixth as North pulled away from South.

Streb and Chase Axelrod, who was 3-for-4 with two RBI, also delivered clutch hits for the Rangers in the late innings.

Click here to read the rest of this game story, which includes a photo gallery and video interview with Jake Arrison, Chase Axelrod and Kenny Streb.