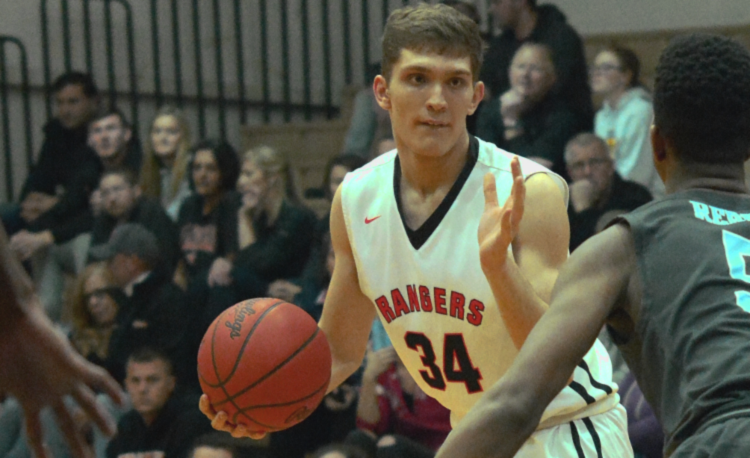 Aaron Broja scored a game-high 24 points to lead North to a 60-50 win over visiting Mayfield in the Western Reserve Conference opener for both teams.

The win was the first for the Rangers, who improved to 1-2 on the year.

“We stressed to these guys about getting out on top early,” North coach Rob Koelling said. “Mayfield handed it to us three times last year and our guys were hungry to get some redemption. Most importantly, it was conference play so they knew there was some extra incentive there. It was a good first win but also a good conference win to start the season.”

North jumped out to an 11-5 lead in the first quarter and extended that advantage to 29-15 at halftime.

Broja scored four points in the first and eight in the second to help pace the Rangers on offense.

“The ball doesn’t always bounce our way like against Mentor earlier this week, but it feels great to get a win,” Broja said. “I’m happy for my team and looking forward to many more wins this season.”

The Rangers weren’t hitting their outside shots early in the game so they pushed the ball down to Broja in the paint.

“My teammates kept the ball moving tonight and I was able to find myself open and finish strong under the basket,” Broja said. “I felt I had an edge on my defender all night long.”

North’s defense held Mayfield in check, especially in the first half.

“We mixed up the defense a bit,” Koelling said. “We started off in zone but the tempo wasn’t what I wanted it to be or what it was Tuesday night at Mentor, so went to a more full-court trap and got some steals and buckets out of it but didn’t give ourselves enough breathing room because Mayfield is a gritty group. You could tell they never felt they were out of it.”

Mayfield outscored the Rangers in the second half, 35-29, but North’s early lead was too much to overcome.

“We’ve got a group of guys that aren’t going to fold or give even if a team gets a little momentum,” Koelling said. “The way we let them back in the game in the second half was we missed a lot of free throws. We shot 48-percent and you’re not going to win many games doing that. They outrebounded us too, 28-22. We didn’t box out or secure the rebound so we gave them too many multiple shot possessions. On a couple of possessions, they had three or four shots and put the ball in the hole.”

Riley Cunningham contributed to the win with 11 points, Mikey Duleba added eight and Evan Liddington and Nate Scott both finished with seven for the Rangers.

North returns to action on Saturday when the Rangers host Perry in a non-conference game.