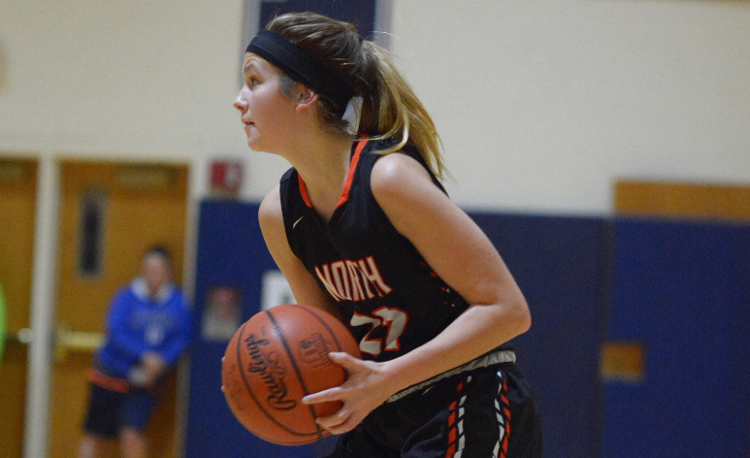 Brush held North standout Destiny Leo to a season-low 23 points but the Rangers still pulled out a 64-53 win over the visiting Arcs on Saturday.

With the win, North improved to 5-0 overall and 2-0 in the Western Reserve Conference.

“We expect teams to come in with a lot of energy,” North coach Paul Force said. “We won the conference last year and even though we’ve got a lot of new kids we know we’ve got a target on our backs and we embrace that. We try to prepare for every game like it’s our Super Bowl or our championship game.”

North led 38-28 at halftime but the Arcs remained competitive throughout the contest.

“They kept battling,” Force said. “Give them credit, they hit some shots. We didn’t shoot maybe as well as we have in a couple of games and they shot extremely well.”

Brush keyed on Leo, who averages over 30 points per game.

Leo was limited to just seven field goals and she scored eight points from the free throw line. The rest of the Rangers stepped up to take advantage of their opportunities.

“They defended Destiny as well as anybody we have played all year. They made her earn her points but she still came up with 23,” Force said. “We got 40-plus points away from Destiny Leo and that’s something I’ve been trying to preach to the girls. She makes some outstanding plays and gets it going during games but everybody else has to be ready to make an impact. Whether that was knocking down shots or getting rebounds or making a hustle play or deflection, a lot of girls took advantage on the offensive end.”

“Carli Wilson’s minutes have been limited but she came in and took a couple of good shots and knocked down a big three at a big time for us to stop some momentum for them,” Force said. “It was a good team win on the offensive end.”

The Ranger outrebounded the Arcs, 37-30.

“The thing I’m most proud of is as big as they are and as athletic as they are, we outrebounded them by seven,” Force said. “We took care of the basketball against their pressure too and we got to the line a ton. We won those three battles and we know that’s the key to success.”

“Between Destiny and Maddy and Abby, we got about 30 rebounds right there,” Force said. “Taylor came in with a few. Maddy, she’ll do whatever it takes. She’s one of those girls. If it’s her getting five or six or seven shots, that’s fine, or if it’s her guarding the other team’s best player or making hustle plays and crashing the boards, she’ll do whatever it takes to help the team. That’s great senior leadership from her.”

The 10 rebounds were a career high for Hamilton, who also added five assists.

“We knew going into the game that it was going to be physical and I wanted to help my team in any way that I could,” she said. “I really focused on getting in there and grabbing some rebounds.”