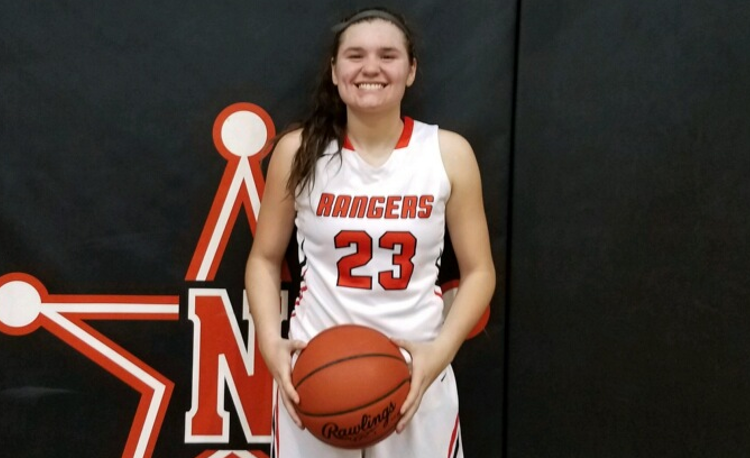 Junior Destiny Leo scored a game-high 30 points in leading North to a 70-35 win over visiting Madison on Wednesday but it was one floating layup that mattered most.

The basket resulted in the 1,000th point of Leo’s career.

“That was a great moment and milestone for Destiny and the entire team,” North coach Paul Force said. “It’s a close-knit group and seeing the enthusiasm and genuine joy they had for her was special.”

“She’s worked hard in the gym, the weight room, the film room, just everywhere, to become the player that she is,” Force said. “It’s scary to think, but I even see another level for her as she continues to grow and become a more complete player. Kids like her don’t come around very often in a high school coaching career and I’m grateful the opportunity to help her continue to grow.”

The 30-point game was the fourth for Leo this season in just seven games. She has scored at least 20 points in each game.

“It feels amazing,” Leo said of reaching 1,000 points. “That will be one of my favorite moments to look back on. Hearing all my teammates telling me they were about to tear up, they made it even more special for me.”

Abby Carter contributed 12 points in the win and Taylor Valaitis also reached double figures for the Rangers with 10 points.

“Madison came out aggressive, they always do, that’s a credit to Mike (Smith) and his staff,” Force said. “Year in and year out, they show up prepared and ready to battle. I thought we had a key stretch at the end of the first there that brought us momentum into the second quarter, which was clearly a turning point then in the game.”

North improved to 7-0 overall and 3-0 in the Western Reserve Conference.

The Rangers, ranked No. 2 in the News-Herald Top of the Crop, travel to No. 1 Euclid on Saturday.

“Going to Euclid on Saturday will be a big test, we haven’t been on the road for a few games so it’ll be exciting to go play against a solid team with one of the best players in the area,” Force said. “It’s the next game on our schedule so we will go into it like it’s the biggest game of our season; that’s how we approach them all mentally.”