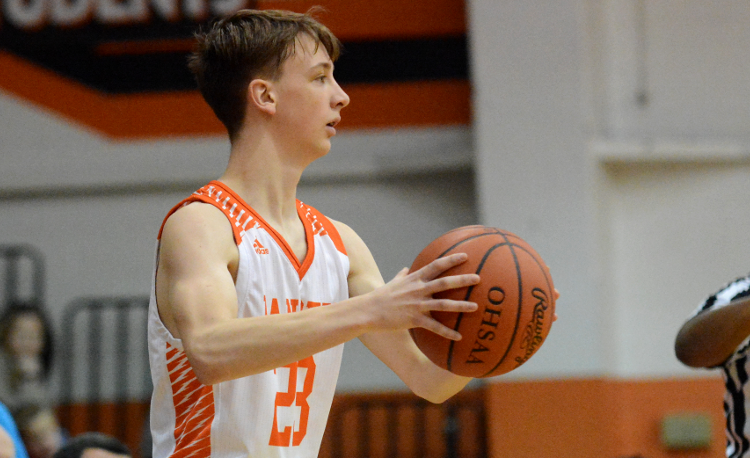 North’s second-half rally fell short in a 62-54 loss to visiting Madison on Friday.

“We weren’t getting out on their shooters fast enough and they shot a good percentage from the 3-point line in the first half,” North coach Rob Koelling said. “That was the biggest thing, locating shooters and defending them, and we didn’t do that in the first half.”

Alex Dragas hit three 3s on his way to a 13-point night and Ron Hartman drained a pair of 3s in finishing with a team-high 16 points. Chris Blaumen also hit a 3-pointer in the first half in tying for the team lead with 16 points.

Koelling switched to a man-to-man defense in the second half and it paid immediate dividends as the Rangers held the Blue Streaks to just six points in the third quarter.

“It was effective,” Koelling said. “We got out-rebounded in the first half then we out-rebounded them in the second half. They scored 20 points in the first quarter and then we held them to six and 13 in the third and fourth. We held them to 19 points in the second half but gave up 20 in the first quarter. It’s tough to come back from that but we got better ball pressure. We were staying glued on guys being in man-to-man against them, but what helped was the flow of our offense and the tempo of our offense was not there in the first half.”

Aaron Broja scored nine of his team-high 15 points in the second half for the Rangers.

“Mo Morgan’s defense and on-ball pressure and his quicks helped spark that comeback in the second half, “Koelling said. “Kevin Qorri continues to make strides and play his role really well when he comes into the game and Justin Fair off the bench was a nice post presence for us. He had a couple finishes and went to the free throw line. Nate Scott stepped up big as far as attacking the basket and knocking down some clutch shots down the stretch.”

North dropped to 2-4 overall and 1-2 in the Western Reserve Conference, but the Rangers are developing depth that will serve them well later in the season.

“Our youth is growing up and I knew that would be one focal point we had to make strides with this year, is just really developing the guys coming off the bench,” Koelling said. “They’re looking a lot more comfortable when they enter the game and they’re staying on the floor for longer periods of time because they’re having an impact. They need to keep coming to work each day. They’re starting to see good results because of it.”