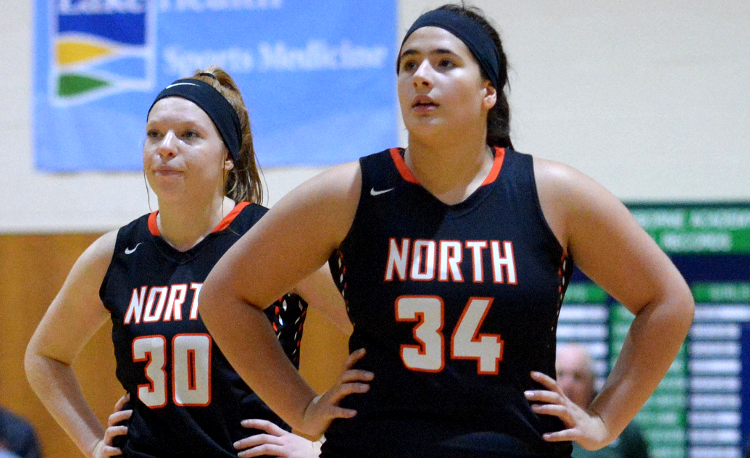 North rolled to a 79-35 win over host South in the final game the Rangers will play in their rival’s current gym.

Next year, the Rebels will play in a brand new facility.

“We talked about the rivalry and this being the last game we’d play in their current gym,” North coach Paul Force said. “We embrace and appreciate the opportunity to have an in-district rivalry as that is becoming more and more rare. They made a mini-run on us to end the first quarter there but our second quarter was a great eight-minute stretch for us on both ends of the court.”

The Rangers, who improved to 17-1 overall and 10-1 in the Western Reserve Conference, ran off the first 11 points of the game but the Rebels responded by scoring 14 of the next 15 points but ended the first quarter down, 15-14.

North dominated the second quarter to take a 40-15 lead into the break.

Destiny Leo finished the game with another double-double as she scored a game-high 27 points and also pulled down 13 rebounds.

Carli Wilson finished with five points for the Rangers and Olivia Oostdyk and Mackenzie Hammond both scored two points.

“Carli and Olivia came in with big minutes off the bench tonight and it’s a huge lift when they can do that,” Force said. “Carli’s back-to-back shots in the second quarter got us going and Olivia came in and grabbed eight rebounds for us. Being able to play seven or eight and get contributions from everyone will be key as we wind down the regular season and go into tournament play.”

The Rangers are now 19-3 against South since Force began coaching the team in 2008.

Hanna Blasinsky and Emma Woolnough both scored eight points to lead the Rebels.