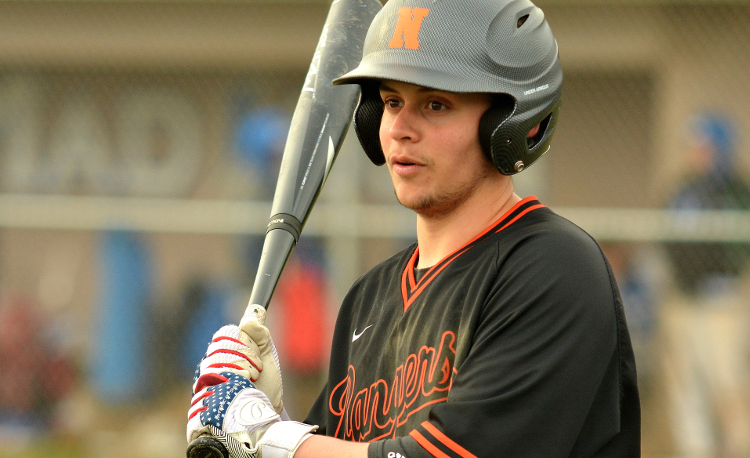 Brendan Collins struck out nine and Brandon Swearingen recorded three hits to lead North to a 9-1 win over visiting Kenston at Euclid’s Serra Field on Monday.

With the win, the Rangers snapped a two-game skid and improved to 11-9 overall and 6-4 in the Western Reserve Conference.

“It was great,” North coach Kyle Stahlberg said. “We had a little bit of time off with the Easter holiday and a little bit of time to regroup and reset. We talked a lot about getting back into the mental space that we were in after Myrtle Beach when we had a great approach and a great mound presence. We seemed to get away from some of those things, so we’ve been really trying to focus on getting back to that and the things we worked on to be ready for the season.”

North returned from its spring break trip to Myrtle Beach and swept a series from Mayfield. The Rangers also had a couple of disappointing setbacks before losing the season series to Chardon last week.

On Monday, the Rangers played as well as they have at any point this season and it started with Collins on the mound.

He allowed one unearned run on five hits and fanned nine in five innings of work.

“I told Collins many times before, when he can pound the zone and make (opposing hitters) beat you, it’s not an easy thing to do,” Stahlberg said. “I truly believe his stuff is that good, it’s just we’ve got to be ahead in the count so we can throw all of that stuff that he has. When he does that, he beat Mayfield and now he beat Kenston, he’s difficult to hit.”

Kenston opened the game with a single and a hit batsman but Collins worked out of that jam.

The Rangers rewarded him with a three-run rally in the bottom half of the inning.

Stephen Davies drew a leadoff walk and Zach Mitchell followed with a single. Seth Higham reached on a fielder’s choice that scored Davies and Dylan Froelich drew a walk to put runners on first and second with one out.

Collins and Swearingen then hit back-to-back singles and John Keough added a two-out RBI single to make it 3-0.

The Rangers added two more runs in the fourth and four in the sixth to finish off the Bombers.

Swearingen finished the day 3-for-3 with three runs batted in.

“When I go up to the plate, I just want to get the ball in play to move runners over to help out the team,” Swearingen said. “Today, the ball was just dropping in holes giving our baserunners a chance to score.”

Sam Michalski pitched two scoreless innings for the Rangers. He didn’t allow a run and gave up just two hits.

“This game just shows that we are a good team and are here to compete in the conference,” Swearingen said. “After going down to Chardon, this was a big win for us and we are ready to fight for the conference.”

North travels to Kenston on Wednesday.