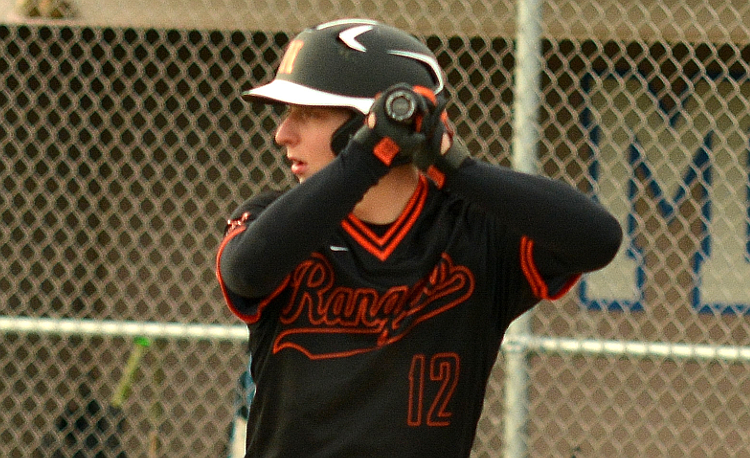 Dominant pitching and clutch hitting led North to a doubleheader sweep at Avon Lake on Saturday.

Three Rangers pitchers combined to shut out the Shoremen in two games, 3-0 and 1-0.

“Our guys know the recipe for success and that’s pounding the strike zone and not giving away free runners and they did really well at that,” North coach Kyle Stahlberg said. “We made them earn it. It’s hard to string multiple hits together against those guys so as long as we’re not giving them away, those guys are very tough to beat.”

He allowed just three hits, struck out eight and limited his free passes to just two. Brendan Collins allowed just one hit and struck out seven with three walks in five innings of game two.

“They did a great job,” Stahlberg said of his starting pitchers. “They pounded the zone and threw all their pitches for strikes. They’re really hard to beat when they do that.”

Sam Michalski picked up a save in each game.

He allowed just two hits and struck out three in three innings of work.

“Sometimes it’s tough coming in like that,” Stahlberg said of Michalski’s role. “He came in both times in high-pressure situations and did the same thing. He pounded the zone with all his pitches and guys got themselves out.”

North scored two runs in the top of the first inning of game one.

Stephen Davies, who finished the day 3-for-7, led off the game with a double and scored on a balk. Collins singled and scored on Brandon Swearingen’s two-out RBI single.

“He’s another guy, he goes up there and he’s got his routines and what he’s looking for,” Stahlberg said of Davies. “You get him a couple of times here and there but he’s just a really good hitter. His hands look really good. He spent a lot of time developing to this point. He’s been doing it all year and I expect nothing less from him. He’s one of our leaders and sets the tone for us up at the top.”

The Rangers added an insurance run in the top of the seventh when Chris Molica singled and scored on Zach Mitchell’s sacrifice fly.

Collins helped himself in game two when he hit an RBI double in the top of the sixth inning to score Davies, who drew a leadoff walk.

“That was huge,” Stahlberg said of Collins’ clutch hit. “He’s had a couple of tough plate appearances but he knows his swing and he knows what he needs to do to be successful at the plate. You can only get it by him so many times before he laces one up and he did that.”

North opens the postseason on Monday when the Rangers host John Hay in a Division I sectional semifinal.