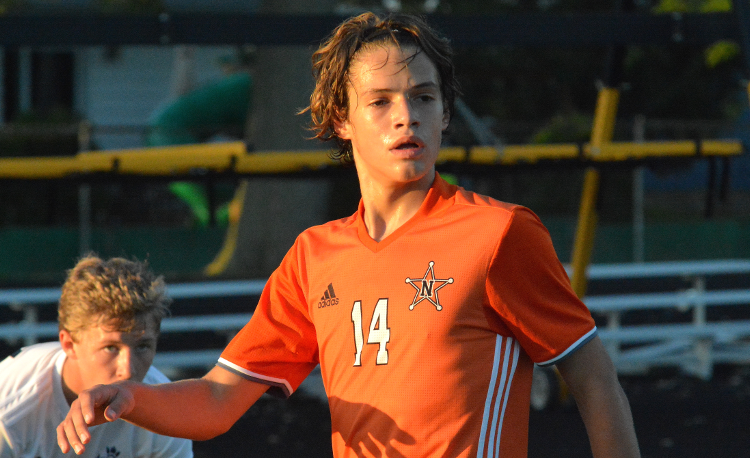 Luka Dedic scored two goals for the second straight game to lead North to a 6-1 win over visiting Chardon in a Western Reserve Conference matchup on Tuesday.

With the win, the Rangers improved to 4-2 overall and 1-1 in league play.

“They’re all like playoff games for us on Tuesdays, especially with us losing a game to Mayfield,” North coach Steve Misick said, referring to the importance of winning WRC games. “We’re kind of behind the eight ball now and we have to count on somebody else to beat them and we have to keep winning. We’ll see how it plays out.”

Dedic, who missed North’s first two games with an injury, scored two goals in a win over Lakeside on Saturday found the net twice against the Hilltoppers.

He now has four goals and an assist early in his sophomore campaign.

“He’s a versatile guy and I expect him to score,” Misick said. “He’s probably our best all-around player. He knows what to do and how to get his teammates in involved. It’s great to see him score and gain that confidence.”

Dedic is now second on the team with four goals.

Kaden Kocin also scored and leads the Rangers with eight goals this season.

“The great thing about Kaden and Luka is they’re both sophomores,” Misick said.

Max Patrick and Nick Ianetta both assisted on a pair of goals.

“We are pretty versatile,” Misick said. “A lot of guys touch the ball for us and we’ve been working hard on having everybody touch the ball. It’s just a matter of who has the last touch and tries to score. We hit four crossbars and a couple of posts. We were all over them.”

North travels to Andrews-Osborne on Thursday.