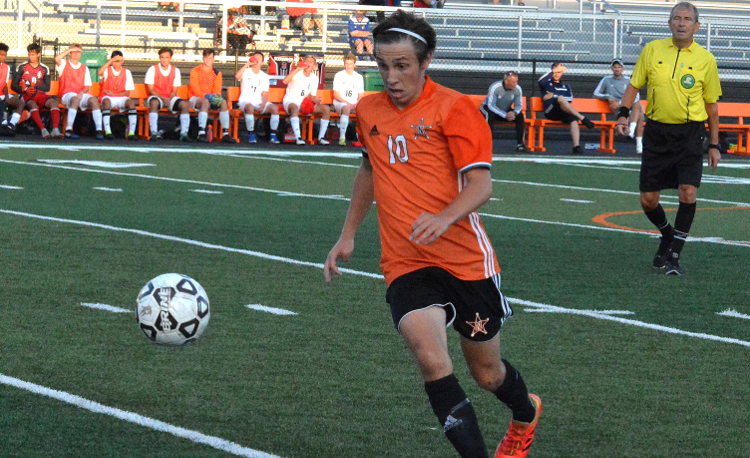 Max Patrick’s game-tying penalty kick in the first half provided North with all the momentum it would need to down host Andrews-Osborne on Thursday, 4-1.

The Rangers, who won their third straight game to improve to 5-2 overall, went on to score three goals in the second half to win the nonconference game.

“We are clicking on all cylinders right now thanks to our defense,” Patrick said. “They are really playing well and winning every ball and finding our midfield and we are finishing our shots very well also. I’m very proud of the guys so far. We just have to keep working hard so we can go far in the playoffs.”

Dom Kostura was fouled in the box to set up Patrick’s penalty kick. He buried in the upper right corner to tie the game.

Luka Dedic scored two goals in the second half to extend his multi-goal streak to three straight games. Kaden Kocin also scored for the Rangers and Patrick and Kostura both had assists.

A red card left the Rangers shorthanded for the final 10 minutes of the game but the defense held strong and Mate’ Dedic protected his net. He finished the game with eight saves.

“We really just packed the middle after the red card and it helped us win the ball in the middle and we could win the ball easier and counter out,” Patrick said. “It was a great team win and very exciting to get extend our win streak to three games.”

North travels to Bedford on Saturday.