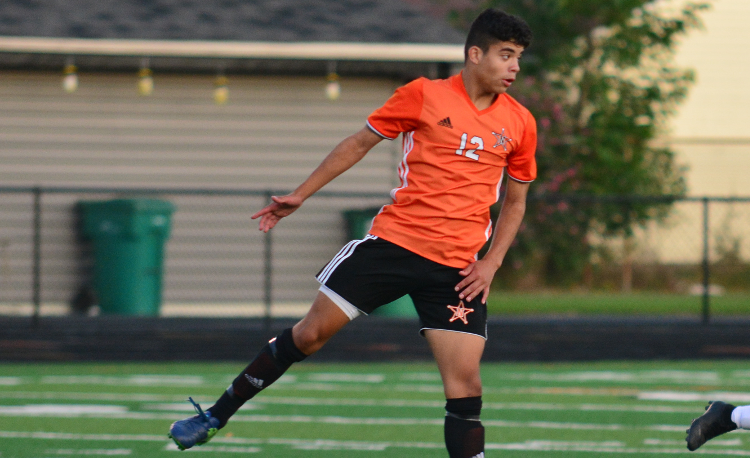 “It was just effort, determination and confidence,” Kocin said about his success in the win. “The last couple games were not my best games and I didn’t like that at all so I had to switch my mindset and go 110-percent like I did in the beginning of the season.”

With his four-goal performance, Kocin increased his team-lead in goals scored to 13.

“It was a lot of fun to score but at the end of the day it was a team win and I’m just focused on Tuesday against Kenston,” Kocin said.

Patrick is second on the team with eight goals scored and Luka Dedic isn’t far behind with six. The trio of Kocin, Patric and Dedic is a dangerous combination for opposing teams.

“It helps a ton,” Kocin said to have Patrick and Dedic on the field at the same time. “If we keep this up then we are definitely going places with our team. Max and Luka have to be the best players I’ve ever played with and I’m just blessed to be a part of this amazing team.”

Mike Schiciano also scored for the Rangers, who improved to 6-2 overall.

Luke Jakubauskas assisted on two goals and Dedic, Patrick, Schiciano, Dillon Cendol and Nick Ianetta all assisted on one goal.