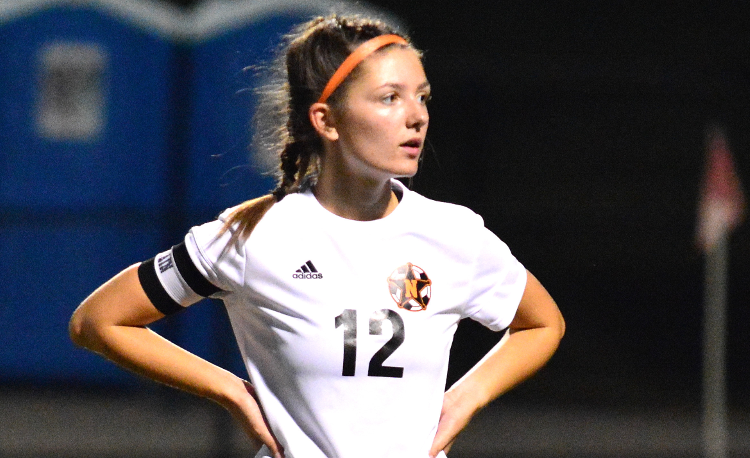 Brooke Lombardo’s shot from distance found the back of the net to give North a 1-0 win at Brush on Monday.

The win was the first for the Rangers, who have come close this season but until Monday was unable to pull out a victory.

“The girls have shown a great work ethic, positive attitude, and perseverance throughout the season,” North coach Mark Wardeiner said. “I have been proud of them all along and I am happy that it has finally paid off.”

After being awarded a free-kick, Lombardo took a short pass from Mackenzie Polunus and fired the ball at the net from about 25 yards.

“When I received the ball, I took a touch to set myself and I took the shot that curved in the upper right corner just out of the keepers reach,” Lombardo said. “It means a lot to me, especially being a captain, to be able to step up and finally break the losing streak. It feels great to get our first win, especially going into tournament season where we will be seeing Brush again.”

The Rangers actually snapped their losing streak with a 0-0 tie against Wickliffe on Thursday. They had lost seven straight leading up to that game.

“Experiencing the tie against Wickliffe and the win against Brush has definitely kept our spirits high,” Lombardo said. “The high energy and positive outlooks given by one another is contagious and creates a good environment to play and train in.”

North closes out the regular season on Thursday against visiting Lakeside then the Rangers open the postseason at Brush on Oct. 14.