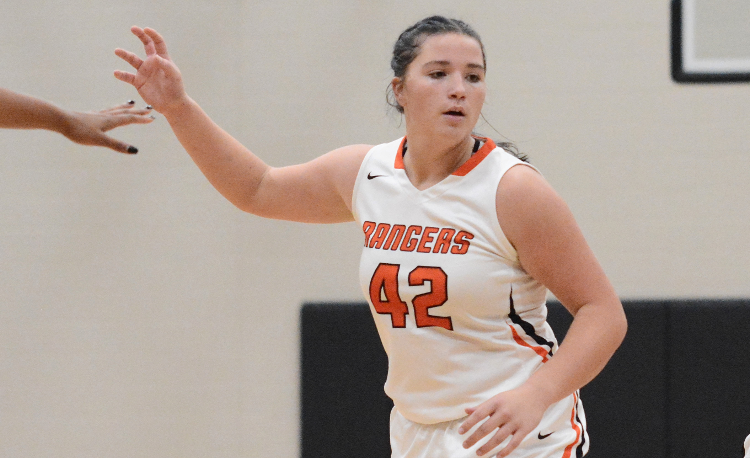 North outscored Madison in the third quarter, 20-4 to pull away from the Blue Streaks in a Western Reserve Conference win on Saturday, 63-32.

“We talked about defensive focus and effort at halftime and were able to show a couple different looks defensively in the third quarter and then capitalize on the offensive end as well,” North coach Paul Force said of his halftime adjustments. “It always seems like once a few shots go down we have a little more pep in our step defensively. We just have to find that more consistently.”

North’s success was due to balanced scoring on offense and a team effort on defense.

Destiny Leo scored a game-high 24 points and Abby Carter and Avril Drew both scored 10 for the Rangers. Leo also pulled down 11 rebounds and tied Carter and Cece Hamilton for the team lead with three assists.

“We don’t want to be a one or two-man team,” Force said. “We preached that all offseason as girls are putting in work in the gym and weight room. All our girls can contribute offensively if we are executing and sharing the ball. I have felt like we just recently have started sharing the ball and trusting each other a little more. Avril took advantage of how they were defending us at times. Then Ledia comes in and got some good looks, and Hai gets in and comes down with nine boards. You never know when it’ll be your opportunity. We expect them all to prepare like starters and be ready when it’s their time.”

With so many complementary pieces, Leo isn’t forced to do all the scoring, which opens her up to help the team in many other ways.

Carter and Drew have consistently been among North’s top scorers this season.

“It’s really important,” Leo said of having so many quality teammates. “I want to be able to help the team out in as many aspects as I can, not just scoring, and it absolutely helps a ton. They both have a lot of things that they can do very well and they step up and take the focus off of me and other girls.”