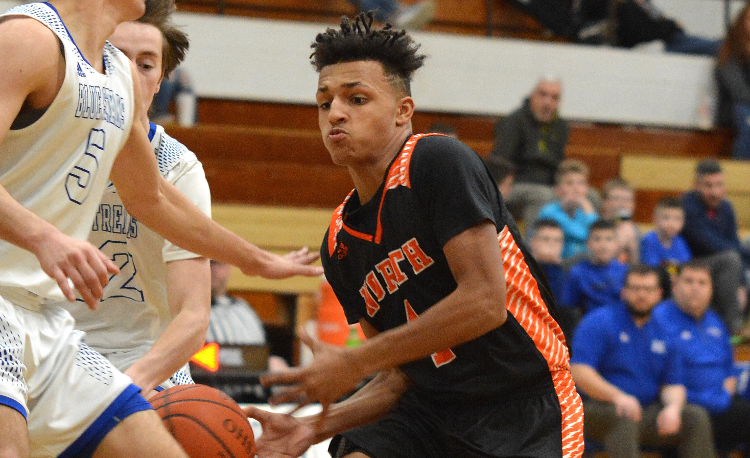 Starting the season without a returning starter and only two players with varsity experience wasn’t an ideal situation for the North boys’ basketball team but it also provided an opportunity for the Rangers.

Despite an 0-4 start, head coach Rob Koelling has been encouraged by the competition he has seen on the practice court and on game day.

“Two out of our 12 varsity guys have actual varsity experience so there’s a lot of teaching going on right now and we have to be patient while we get it,” Koelling said. “There’s a lot of potential with this group. It’s a group that catches on pretty quickly. They’re mentally tough and they want to be good. They do what you ask them to do.”

North’s biggest hurdle has been gaining the necessary experience to remain consistent throughout a four-quarter game.

“It’s coming together,” Koelling said. “Each game, there has been glimpses of what we’re capable of; it’s just piecing that together for four quarters. Right now, we haven’t done that and we’ve seen the results. Once we do that for 32 minutes, I like our chances out there.”

Scott has averaged nearly 20 points per game thus far and also has provided the young Rangers with the leadership needed to get through the tough times.

“He’s been our go-to guy,” Koelling said. “He’s brought that senior leadership and he’s one of those two guys that have a lot of varsity experience. He was in between being a starter and a sixth-man last year. He’s just a very fundamental, composed player. Nothing rattles him out there. If you need a bucket, he’s able to get it for you. It doesn’t matter who he’s going against. His pump-fake works to his advantage. He’s able to get guys off their feet. He can finish off the rim and he’s a clutch free throw shooter.”

As competitive as Koelling and his players are, they know they must walk before they run and they’re working hard each day to put it all together.

“We just tell the guys to play free out there,” Koelling said. “Mistakes are going to happen but try not to make the same mistake twice. We tell the players to play to their strengths. I think our speed and our tempo and our athleticism, we aren’t the tallest team out there but we have a lot of athletic guys. We have a lot of football players and multi-sport athletes out there, so we’ve got to use that to our advantage and use our quicks all over the floor. If we break down or turn the ball over, we have to make sure we’re using our speed to get back and affect the next play.”

North travels to Mayfield on Friday.