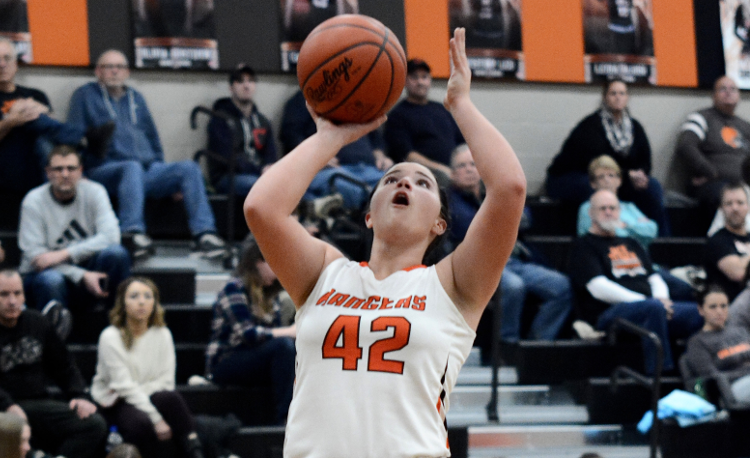 The Panthers led at halftime, 23-22, forcing the Rangers to pull away in the second half for their sixth win of the season.

“These kinds of games are why we are playing the out of conference schedule we are,” said North coach Paul Force. “The girls want to be tested out of the (Western Reserve Conference) and hopefully it prepares us for our league games and beyond. We saw some things we did well and we saw some things we need to tighten up.”

North, who already has quality nonconference wins over Orange and John Hay, lost its only game of the season to Canton McKinley, and later will play state powers Canton GlenOak, Kettering Fairmount and Twinsburg.

Despite losing News Herald Player of the Year finalist Constance Chaplin, who now plays for Eastern Michigan, Euclid has plenty of talent and depth and the Panthers gave the Rangers all they could handle.

“They’ve got seven seniors and a lot of weapons,” Force said. “Coach (Lynn) Phillips does a nice job with them year in and year out. We expected a dog fight. We wouldn’t want anything less.”

North led after the first quarter, 15-12, but the Panthers responded to take a one-point lead into the break.

The Rangers outscored the Panthers in the third quarter, 14-12, and led by one with just eight minutes remaining.

North extended its lead to 51-37 early in the fourth quarter then held off the Panthers down the stretch.

“I’m proud of the effort,” Force said. “The girls earned everything they got in this game, but we need to tighten up how we execute defensively and offensively. It’s a long journey; we just need to keep making sure we are working to take steps in the right direction.”

Destiny Leo finished with a game-high 27 points and also pulled down a game-high 12 rebounds. She finished 16-of-17 from the free throw line.

Abby Carter added 12 points before fouling out with two minutes left in the fourth and Avril Drew also scored in double figures with 10 points, all coming in the first half.

“We had some girls step up offensively and certainly at the free throw line, but I’d be crazy not to mention Olivia (Oostdyk) and Hailie (Wilson) and the job they, with a lot of help, were able to do on (Alexis Reese),” Force said. “She’s tough to contain and for those guys to keep her to 10 points and make her work like they did, that was crucial today.”