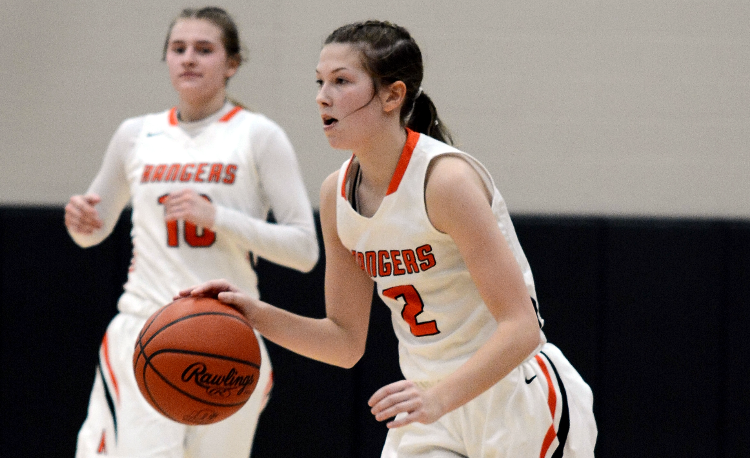 North followed up a stinging loss to Canton GlenOak on Saturday with a 64-56 win over Beaumont in the Northeast Ohio Youth Elite Christmas Classic at Garfield Heights High School on Sunday.

Sunday’s game was the second time the Rangers have played back-to-back games on a Saturday and Sunday, with one more long weekend remaining. This weekend proved to be one of the most challenging on North’s schedule.

“This was really the one we thought was toughest going back-to-back going from down in Canton against GlenOak and then turning around in less than 24 hours and playing a good, scrappy Beaumont team that’s been having a lot of success lately,” North coach Paul Force said. “To come out 1-1 on the weekend, we’re pleased with that. The style of play we saw and the way those teams make us play, I think we’re going to learn from that and get better.”

North led Beaumont after the first quarter, 25-11. The Blue Streaks responded by outscoring the Rangers 20-5 in the second quarter and led 31-30 at halftime.

“We had a ton of energy on the offensive end of the floor early on,” Force said. “I think we kind of caught them off guard a little bit with our energy and speed we played with. To their credit, we started missing some shots in the second quarter and they took advantage.”

Beaumont entered the game riding a four-game win streak and back-to-back 80-point games to its credit.

“They can put up a lot of points,” Force said. “We knew they could score and score in a hurry. They took the lead going into the half. I was excited to see how our girls would respond.”

The second half was played tight with North making more key plays down the stretch.

Destiny Leo led the Rangers with 26 points and Abby Carter added 16 but it was sophomore Cece Hamilton that hit one of the biggest baskets.

Leading 55-54 with two minutes left, the Rangers found Hamilton open in the left corner. She drained a 3-pointer and the Rangers never looked back.

Hamilton finished with a career-high 10 points.

“As much attention as they were paying Abby and Destiny late in the game, Cece got loose in the left corner right in front of the bench and knocked down a big shot,” Force said. “She was only averaging three or four points a game so this was an early career-high. For her to hit double-digits for the first time was big.”

With the win, North improved to 8-2 on the year but, even more importantly, the Rangers gained valuable experience.

“We wanted it to be competitive,” Force said. “We were down in the fourth quarter and the girls had to make plays. Every possession mattered. That’s the kind of experience we need to have more often.”