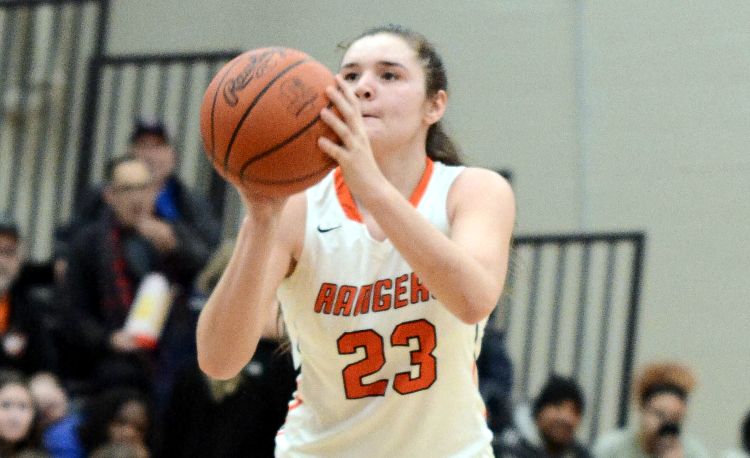 Destiny Leo scored a season-high 36 points and also reached a season mark with 17 rebounds to lead North to a 67-42 win over rival South on Wednesday.

“Not many schools have a rivalry like North and South do,” Leo said. “You always have to be ready and pumped for games like these.”

In eight career games against the Rebels, Leo has averaged 26.1 points, 8.0 rebounds, 3.4 assists, 2.9 steals and 2.0 blocks, well above her career averages in each category. She has scored in double digits in all eight contests and has scored 30 or more points three times against the Rebels. She also has posted three double-doubles in the series.

“I felt the flow of the game early was good for us, we just missed some shots early,” North coach Paul Force said. “Our defense carried us early in that first quarter then when Destiny got it going in the second. We were able to get some separation and remain in control of the game.”

The Rangers, who improved to 11-2 overall and 6-0 in the Western Reserve Conference, dominated the boards, which led to even more scoring opportunities.

“I think that getting rebounds and getting out in transition really did good for us on offense tonight,” Leo said. “Any time that we can push the ball up the court quick is good for us. (Rebounding is) super important. Coach Force always preaches rebounds win championships. Any lapses that you may have on the court out-rebounding a team can scratch those right out, so boards are always a main focus.”

Abby Carter contributed to the win with 21 points and Avril Drew added eight for the Rangers.

North has now won 11 straight against the Rebels.

“We do our best to take the emotion out of (the rivalry),” Force said. “We want to play with passion and enthusiasm every game, so wherever we are and whoever we are playing, we want the same focus, preparation and effort; but it’s hard not to imagine that North-South doesn’t get their blood going a little more than usual.”

Kailey Minch and Grace Woodcock each scored 11 points for South.