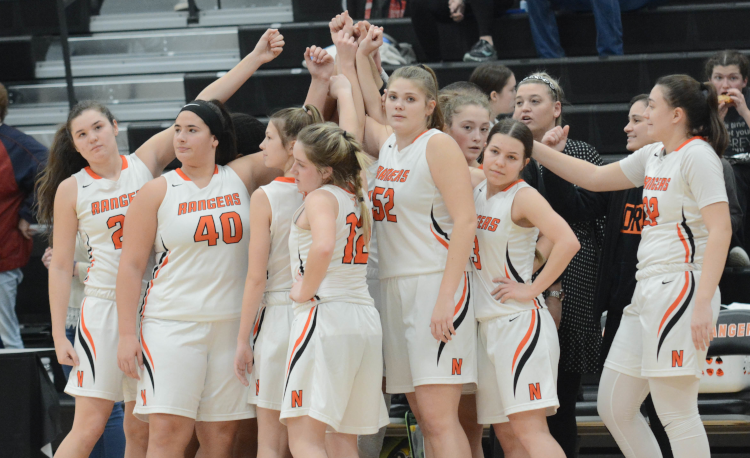 North defeated visiting Riverside on Wednesday, 73-42, but even more important was the common goal the two Western Reserve Conference opponents played for.

After 32 minutes of play, North collected its 12th win of the season and the Rangers and Beavers had combined to donate $2,200 to the National Brain Tumor Society.

“We are just proud of the turnout and support for tonight’s event,” North coach Paul Force said. “Cancer is something that can bring everyone together for a common cause, it doesn’t matter what jersey they’re wearing. We appreciate how Riverside showed up and supported it as well. It was about more than the basketball game tonight.”

Henson passed away in 2015 but always will be remembered for his dedication and contributions to high school sports.

“Tom was all about high school athletics and kids like this… kids with goals and dreams who wanted to spend their time working to be better and a part of something bigger than themselves,” Force said. “There is no better way to pay tribute to him than to get a couple teams together and throw the ball up. Krystal puts a ton of work in for this game and I know she is making him proud with the person, mother, wife, teacher and coach that she is. He had a huge hand in molding her into who she is, and this is just one small way we can honor his memory.”