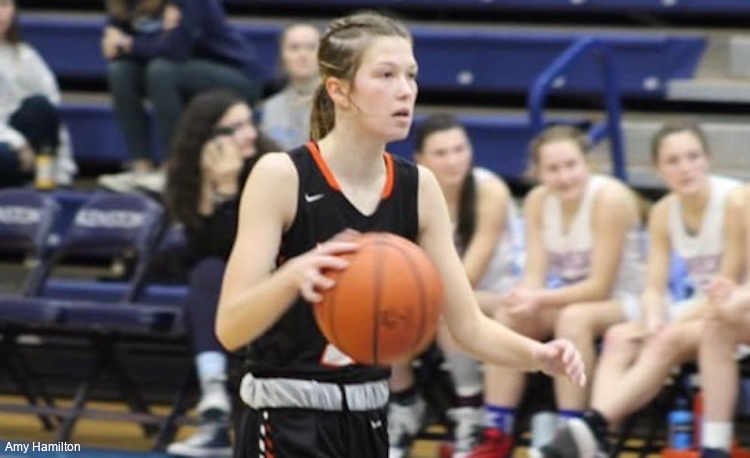 North held off host Kenston’s second-half surge in a 56-53 on Saturday that clinched a third straight Western Reserve Conference title for the Rangers.

The three-peat is the first for the Rangers under head coach Paul Force, who took over the program in 2008.

“It hasn’t really set in yet as we’ve moved on mentally to South and getting ready to play,” Force said. “To me, it’s more about the fact that every time these girls walk back in our gym, they’ll be able to look up and see that 2020 on the banner. It’s my goal that they all have relationships, memories and lessons that last well beyond the memory of any of these basketball games. That’s what it’s about to us, going through good and challenging times, and always being able to look to your right and left and know that there are people right there with you. That’s family.”

With the win, the Rangers improved to 17-3 overall and 12-0 in league play. If the Rangers beat South at home on Wednesday and win at Riverside on Saturday, they’d finish 14-0 in WRC play for the second time in the three seasons.

As they learned on Saturday, they can’t afford to look ahead.

The Rangers led at halftime, 29-15, but the Bombers stormed back in the second half thanks to a 23-11 third-quarter run.

“It looked like at halftime we were going to pull away a little bit,” Force said. “They came out in that third quarter, we turned it over a little bit and they started hitting 3s. That’s their game, running the floor and hitting 3s, and when they’re able to do that they’re scary.”

A Kenston steal and Catarra DeJarnette layup tied the score at 50-50 1:10 remaining in the game.

Destiny Leo gave the Rangers a 52-50 when she converted an and-one opportunity with 44 seconds left.

Leo finished with a game-high 32 points.

“She was pretty locked in, especially in the first half,” Force said. “She got it going in the second quarter to give us some space going into halftime.”

Cece Hamilton stepped in the way of a Kenston pass and was fouled. She also hit both free throws to extend the North lead to 54-50 with 22 seconds remaining in the game.

Hamilton, a sophomore, stepped up in the closing minutes of the game to deliver several key plays.

“She made some big plays down the stretch,” Force said. “She had a big 3 in the fourth quarter and an assistant and a big steal, too. She’s been sneaky good for us all season.”

Chloe Thomas hit a wide-open 3-pointer with 2.3 seconds remaining to pull Kenston to within 54-53 but Abby Carter drained a pair of free throws and Kenston’s full-court shot at the buzzer fell short.

“Before the game, and then after, we talked about embracing adversity,” Force said. “Whatever comes our way, we want to be in big games and tight games where the details matter. You’ve got to execute on both sides. We embrace being in those close games. It would have been nice to have a better third quarter and get some space but I don’t know if that helps us grow as much as a team as this game does.”

Drew finished with eight points for the Rangers and Carter added seven to go along with a team-high 10 rebounds.