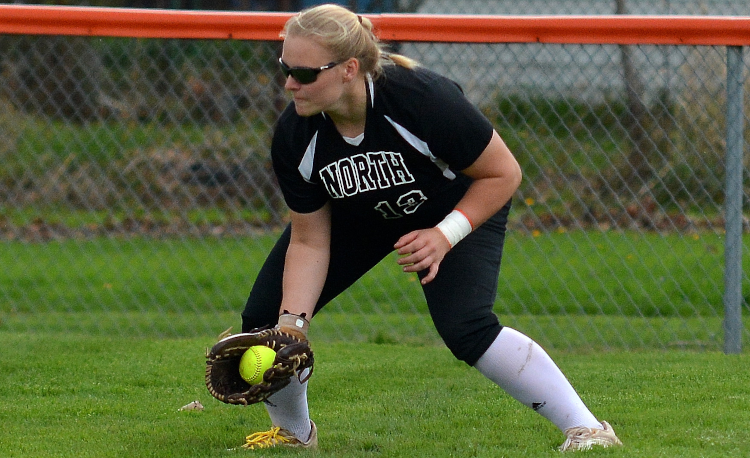 North returns three starters from last spring and four others with varsity experience but without a senior on the roster, the Rangers will rely on several younger players to step up to lead the team in 2020.

“We are used to having a strong senior class to rely on, but this year we have no seniors,” North coach Taylor Braddock said. “We are a team of all juniors and sophomores. The girls are going to have to learn to work together and rely on each other to reach the level of success we know they can.”

North finished 12-9 overall last spring with a loss to Riverside in a Division I sectional championship game.

The Rangers have the frontline talent to remain competitive in the Western Reserve Conference and district but they’ll have to develop depth as the season progresses.

“Having a young team means they are hungry to grow and learn every day,” Braddock said. “Every girl is willing to play any position we put them at and they ask a ton of questions. Every girl wants to get better and learn from each other in every aspect.”

George, a junior, was the team’s defensive MVP last season but also is one of North’s top hitters.

“She is a lockdown catcher for us,” Braddock said. “She provides leadership and a voice that the girls all trust on the field. She has been one of the most consistent players that I have had in my lineup and she still has so much more to offer. She has led in almost every offensive category her freshman and sophomore year.”

Dodd, a junior who was named second-team All-News-Herald, committed to continuing her education and softball career at Kent State University. She will patrol center field for the Rangers.

“Jess Dodd committed to Kent State earlier this fall, but she knows she has room for improvement,” Braddock said. “She works hard every practice as well as outside of practice on her own and her skill level will show this year. She holds down our outfield and is a great leader in every aspect of the game.”

Wilson, a junior who was named honorable mention All-News-Herald, will play third.

Sophomores Autumn Fester, Madie Cicero and Dori Siekenic round out the starting infield with Fester at first, Cicero at second and Siekenic making her debut at shortstop.

“She is going to step in nice for us at shortstop as well give us a consistent bat in our lineup,” Braddock said of Siekenic.

Sophomore Olivia Augusta returns in the circle after earning All-WRC honorable mention honors as a freshman.

“Olivia Augusta will step in this season and throw the majority of our innings,” Braddock said. “She had opportunities last year in some pretty big games and rose to the occasion picking up some big Ws. She is confident and that is a huge bonus for her as a sophomore pitcher in a very tough WRC conference.”

Sophomore Alivia Eshelman and Fester also will pitch for the Rangers.

Being young has its advantages but to compete in the rugged WRC, the Rangers will have to grow up in a hurry.

That starts with the right mindset.

“Being young can be challenging, but the girls are up for the challenge,” Braddock said. “The girls must succeed in the mental aspect of the game to be successful. We are going to take our bumps like any young team would, but it’s going to be the bounce-back that will be important. We will have a lot of new faces in our lineup as well as girls playing positions they may not have in the past. Every girl is learning 2-3 different positions, which gives us the ability to move girls around comfortably.”