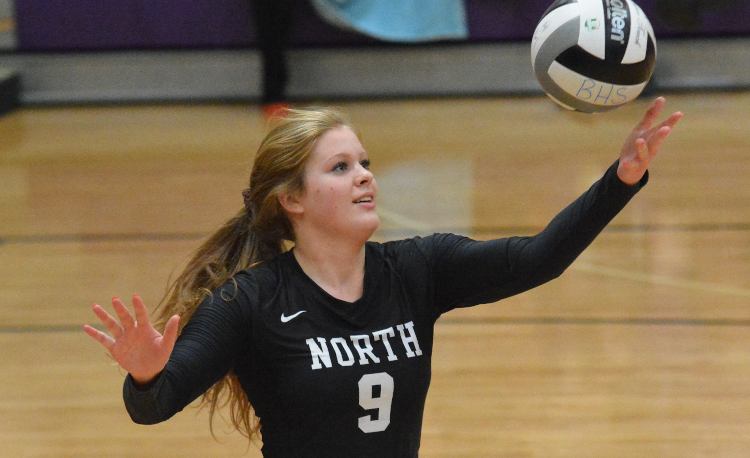 North’s Julia Kerns and her senior classmates didn’t get the chance to close out their final year of high school the way they had hoped to but Kerns still has a lot to look forward to.

On Jan. 11, she announced her intention to continue her education and volleyball career at the University of Mount Union.

“I am so excited to have this opportunity to continue my education and athletic career at Mount Union,” Kerns said. “During this time, it’s really great to think about my future at Mount and playing again. It definitely keeps my hopes up.”

Kerns learned a lot about Mount Union from the friends she has who attend the school. After visiting, she knew it was the school for her.

“I was drawn to Mount Union by the athletic facilities and the family-like culture the college has,” she said. “I have friends that attend Mount and I love the stories they share. The coaches and players for the volleyball team have also been super friendly and have reached out multiple times to check in and say hello too, which shows how much they care about their teammates and students.”

Mount Union’s coaching staff originally recruited Kerns as a middle blocker but after seeing her play during her senior season in the fall are open to using her as an outside hitter.

“I believe I’ll be able to fit into whichever role they need me to be,” Kerns said. “I know my work ethic and I’ll always give it my all of the team.”

At Mount, Kerns will major in biochemistry with the plans of being accepted into medical school to eventually become an anesthesiologist.

She’s focused on developing her skills as a player and on achieving all of her goals on the court and off.

“My goals for playing in college are simply to improve as a player, help the team win, and have as much fun as I can,” she said. “You only get the opportunity to play in college once, so why not make the best of it? I have a long journey ahead of me but I’ve never been more excited.”

As excited as she is about her future, Kerns won’t soon forget her time as a Ranger.

“There are so many great memories that I’ll cherish forever from playing as a North High Ranger,” she said. “One specific memory I remember is playing against South my freshman year. We were in the fifth set and we had this one crucial rally that lasted what felt like forever. Eventually, we won the point and the gym was just electric with energy from the team and from the stands. There was nothing like that moment and I hope to experience one similar at Mount Union.”