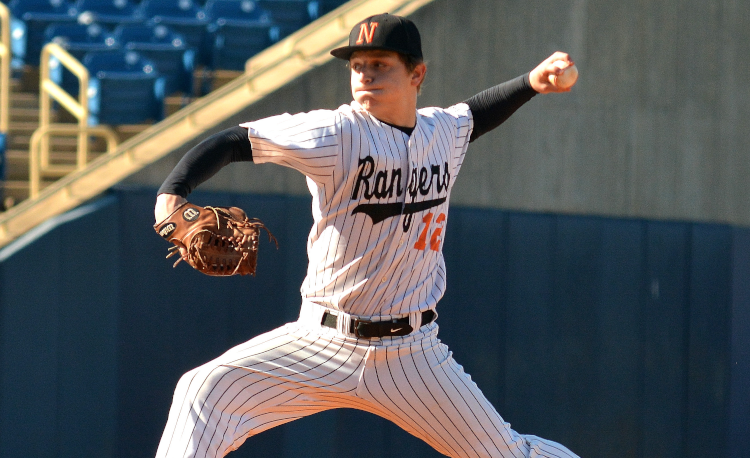 Like every other spring sports athlete, North senior Brendan Collins was disappointed to see his senior season wiped out by the COVID-19 outbreak but he has a lot left to look forward to.

Collins previously committed to continuing his education and baseball career at the University of Toledo.

A 5-foot-9 left-handed pitcher, Collins is nearing the 90-mile per hour mark with his two-seam and four-seam fastball and he has a curveball and changeup to keep hitters off-balance.

“We knew Brendan was something very special when he came in as a freshman,” Stahlberg said. “He is an excellent outfielder and first baseman and a power bat in the middle of our lineup, but since day one his freshman year, his goal has always been one thing and that was to pitch in college.”

“He’s worked hard to get a D1 offer,” Stahlberg said. “We chat often during the offseason about what he needs to be doing. He made a comment to me in the fall that he would be hitting 90 miles per hour by the season. For a guy who was sitting around 83 miles per hour last year, I thought that goal might be out of his reach. Due to his commitment and work ethic, he comes in during tryouts and is hitting 87 miles per hour right out the gate this year. Considering the numbers he posted last year at 83, we were pretty excited to say the least.”

Toledo likely will start Collins in the bullpen but his goal is to work his way into the starting rotation for the Rockets.

“They recruited me to be a pitcher and I feel being a lefty strikeout pitcher will really benefit them as I develop into a starter,” Collins said. “As an incoming freshman, I realize I’ll likely start in the bullpen but my ultimate goal is to become a starter and be an impact player by my junior year.”

Without a senior season to play, Collins never had the chance to reach all of his high school goals.

He’s focused now on improving as a player and working hard to be ready when he takes the hill in college.

“I’ve been really disappointed but I am continuing to focus on my future and staying in shape,” he said.

Collins, who plans to major in criminal justice with plans to work in law enforcement, has plenty of fond memories of his days as a Ranger.

Topping the list was a pair of wins over one of the Western Reserve Conference’s perennial powerhouses.

“Looking back at my high school career, one of my favorite memories is when we swept Mayfield last year and my memories of the coaches and teammates that helped me get to this point,” he said.

Collins played a role in those wins and his former coach believes he has a bright future at Toledo.

“Brendan is a great young man, a guy that I know I will maintain a relationship with for years to come,” Stahlberg said. “As his former coach and now his friend, I can’t wait to be there watch him do some special things here in the future.”