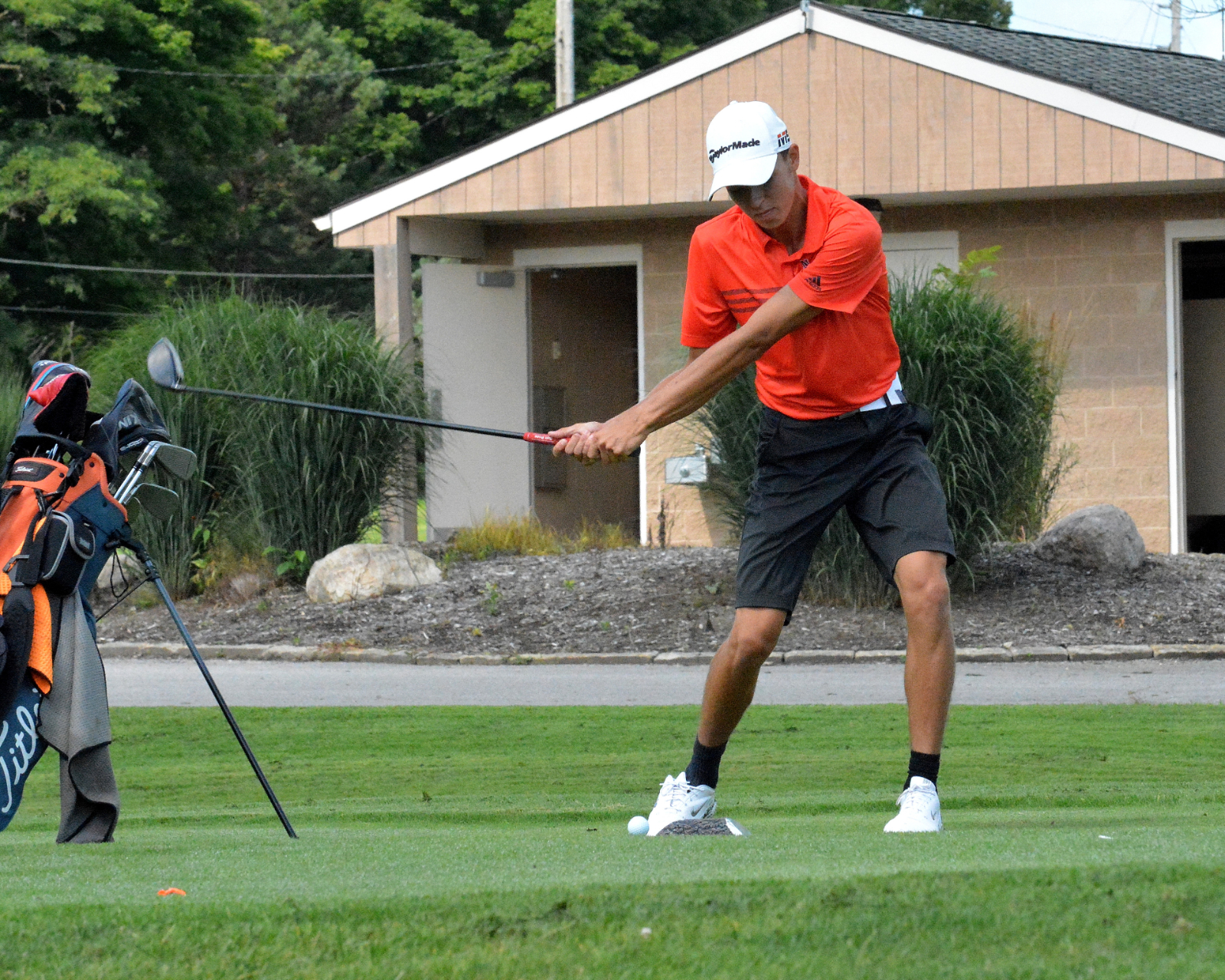 NEWBURY–Tyler Schwenk opened the 2020 season with an impressive performance at the Kenston Invitation at Punderson Golf Course on Wednesday.

Schwenk tied for medalist honors with a 77.

“I am beyond excited to be able to start my senior season with medalist honors,” Schwenk said. “It is a huge confidence boost for me starting the year.”

Despite slower greens due to heavy rain earlier in the week, Schwenk got off the tee well and his approach set him up with manageable putt opportunities.

“I was able to hit 12 of 14 fairways today and that put me in great spots to attack the green,” he said. “The greens were extremely slow from the rain. Being able to hit greens was the most important part because they didn’t roll out as much.”

Schwenk was pleased with his performance and he hopes he created some momentum for himself heading into the season.

“This boosted my confidence a ton because I knew it was only a matter of time before I could card a good round in tournament play,” he said.

The Rangers finished in sixth place as a team with a score of 375.

“I was thrilled that we were able to play in an actual event given the current state of things,” North coach Matt Kozlevcar said. “We do have room for improvement and will be working on those areas before matches begin next week.”

Schwenk and Joey Rypinski both turned in especially strong performances in the season opener.

“Of course, Tyler Schwenk surprised me with his tournament winning 77,” Kozlevcar said. “Sophomore Joey Rypinski also surprised me by shooting a 102 in his first-ever varsity tournament action. I was very proud that he was able to tie for the fourth-best score on our team at such a challenging and long course.”

All of the Rangers had their moments at Punderson but Kozlevcar also knows there is improvement to be had.

“Overall, several of the guys need to work on being more consistent with hitting fairways,” he said. “Too many shots were lost today hitting from the rough. I’m confident the boys we will grow from this experience and will continue to improve.”