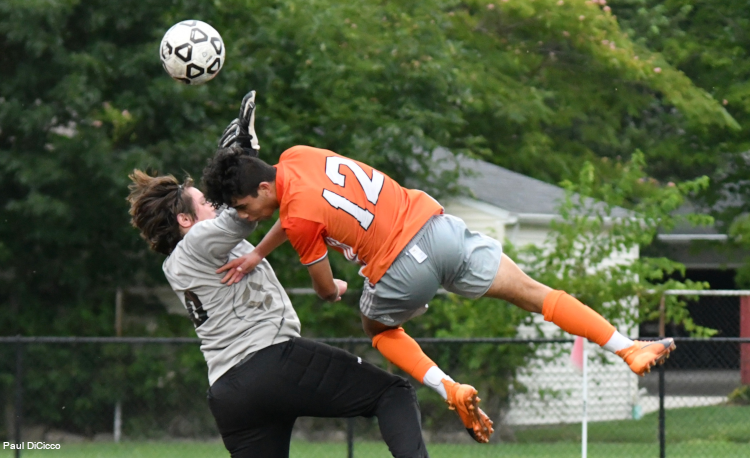 Chardon scored the first two goals of the game but North had Luka Dedic on its side.

Dedic scored four goals to fuel the Rangers to a 7-3 come-from-behind victory over the host Hilltoppers on Tuesday. The win was the 275th of head coach Steve Misick’s career.

“He’s on a tear,” Misick said of Dedic, who leads the Rangers with 14 goals through six games. “We knew we had our attack back from last year for the most part, minus Max Patrick, and Luka has definitely stepped up.”

Dom Kostura added a goal and an assist in the win and Floyd Lomis and Nick Ianetta also scored for the Rangers. Kaden Kocin added an assist.

Kostura now has four goals this season in his first year as a starter.

“He was a guy who would come in after the 20-minute mark of every game last year and changed the tempo of our offense,” Misick said. “We’re starting him this year as a 10th grader. He has worked really well with Luka and he looks for his own from time to time. Offensively, he’s very dangerous.”

Vincent is in his first year in the net after switching to the position late last year on the JV squad.

“We knew we were going to have a problem with goalkeepers this year so we asked him to tryout and worked with him at the end of the year last season and he worked pretty hard through the summer and at the start of the season,” Misick said. “With no summer league, no scrimmages and no preseason tournaments, we couldn’t get him any playing time. It’s hard for a goalkeeper who has never played the position to just jump into a game and be credible. He had a very good game against Mayfield, without question, and he’s learning. I think we’ve stumbled on something for the future.”