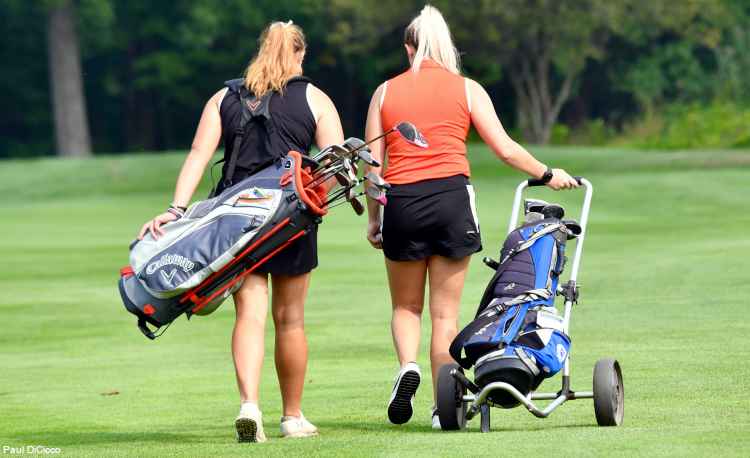 After splitting with rival South last week, North hoped to enter the last week of the regular season with a bit of extra momentum.

The Rangers did just that despite a close loss to Mayfield on Monday.

“We only lost by eight strokes, so we played really well,” North coach Chris Tomb said.

North has had its share of ups and downs this season as No. 1 player McKenna Naymick has missed most of the Rangers’ matches with a wrist injury.

She played against Mayfield and carded a 50.

“McKenna Naymick, who is normally our No. 1, has been out all season with a really bad wrist injury,” Tomb said. “She’s been playing only like once a week. She’s only been in a handful of matches this year. When you lose your No. 1 or No. 2 from last year it really makes it harder.”

Hailie Wilson has been consistent for the Rangers in Naymick’s absence.

Hailey Summers and Amaya Toney rounded out the North scoring with a 52 and a 57, respectively.

The Rangers have two matches left before the conference tournament and postseason begin.

“We’re going to play tomorrow at Kenston,” Tom said. “They’re really good this year, and then we end our regular season against Chardon and Mayfield in tri-match on Thursday.”