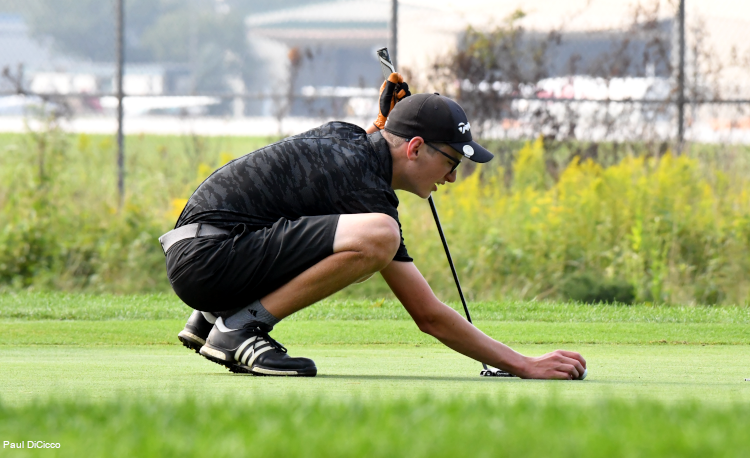 With a 182-191 win over rival South on Thursday, North’s golf team clinched a season sweep of the Rebels for the first time in over 20 years.

The Rangers also reached double-digit wins for the first time in two decades.

“With today’s first 10-win season in 20 years, I again find myself in awe of the varsity team members, especially since it came against our rival South,” North coach Matt Kozlevcar said. “The way teammates continue to lift each other up throughout the season is truly inspiring to watch. This is the most selfless group of high school golfers I’ve ever seen in all my time at North.”

Tyler Schwenk led the charge with a 43 while Dan Goerndt carded a 45 and Dylan Miller and Jack Rypinski finished with a 46 and 48, respectively.

The Rangers improved to 10-3 overall and 10-2 in the Western Reserve Conference.

“This entire season has been a whirlwind of record-setting for the North boys varsity team and it’s been almost hard for me to keep track of how many records have been broken this season, which, of course, is a fantastic problem to have,” Kozlevcar said. “Never in all my time as coach have I had such a tight-knit, motivated group of seniors that worked so tirelessly for four years together to accomplish all the goals they set for themselves this season. I am so very, very proud of all of them, especially my seniors Tyler Schwenk, Jack Rypinski, Dan Goerndt, and Dylan Miller. The reality is they know and I know there is still so much left to play for in the next two weeks. It’s up to each and every player on the team to fight for each other so that we can have a shot at a conference title and maybe move on as a team to districts.”

Personally, Kozlevcar will enjoy the season sweep over the Rebels for quite some time.

“It means so much to me,” he said. “I’ve been the golf coach at North for 19 years. Prior to this season, my golf teams had only beaten South twice in 18 years and I savored both those victories, having myself graduated from North. There were some very hard losses we took during those years, with some very good scores shot by amazing North golfers. This year’s team is different.”