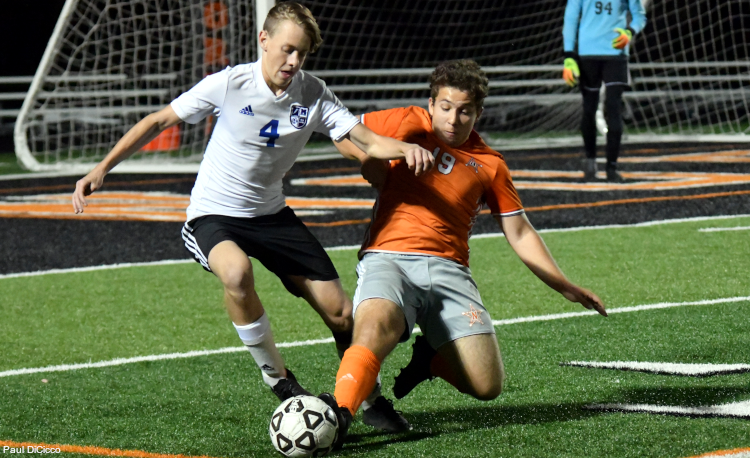 EASTLAKE—Luka Dedic scored five goals to lead North to a 7-0 win over visiting Madison on Tuesday.

Dedic has now scored 27 goals in 13 games this season.

“It’s always great to be on the scoring sheet, especially with such a big amount,” he said.

Most of the damage came in the first half as the Rangers jumped out to a 6-0 lead.

“In the first half, the team played incredible runs and, combined with ball movement, really opened up the game and gave me the opportunities throughout the game,” Dedic said.

The Rangers have now won four straight games since a 3-0 loss at Kenston on Sept. 15.

During that span, North has outscored its opponents 28-4.

“The Kenston game was a big setback for us,” Dedic said. “We’ve become sharper ever since. We play every game to win and we’ll keep on fighting until the season ends.”