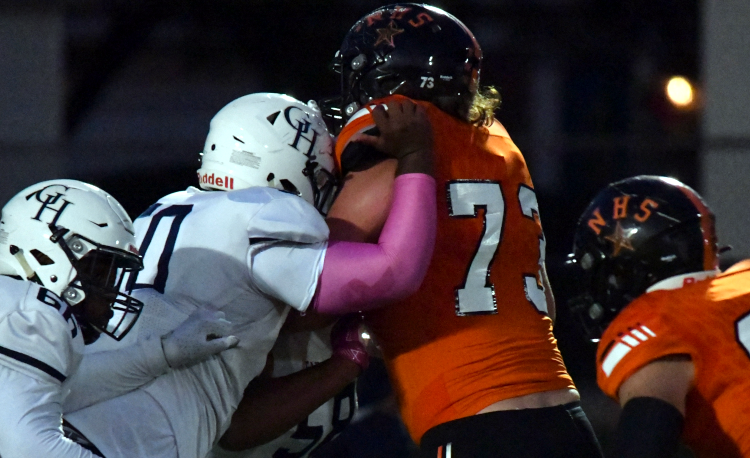 Several North Rangers were among those players recognized.

Junior lineman Ryan Baer was named to the first-team in Division II.

“It means a lot to me to get first-team because last year I was only an honorable mention, so it makes me happy to see the work I put in pay off,” said Baer, a 6-foot-7, 320-pounder. “It inspires me to work even harder to try and keep my spot on first team, but hopefully get that spot in All-State and even All-American.”

Baer, who anchored the offensive line, knows he’s on the clock for his senior season and he’s going to be sure he and his teammates are prepared for the 2021 season.

“As a senior, I have to make sure that it’s going to be a player-led team and not a coach-led,” he said. “I already have an offensive line group chat and I keep in contact with them to give them the best shot to play.”

Senior Ethan Spoth also earned all-district honors as he was named a second-team offensive lineman. The 6-foot-4, 315-pounder already has committed to continue his education and playing career at Toledo.