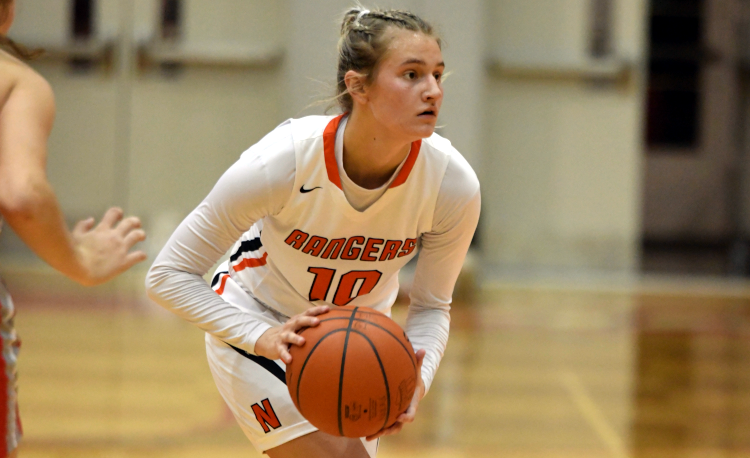 North senior Abby Carter committed to Akron over a year ago but on Wednesday she officially closed out the recruiting process by signing a National Letter of Intent with the Zips.

“It’s very exciting to finally make my commitment official,” Carter said. “Each day I know I’m getting closer and closer to being a part of the Akron women’s basketball program.”

Like most athletes, Carter has been forced to bond with her future teammates and coaches through virtual means, but she has made the best of the situation and is eager to join the program.

COVID also has created some unique challenges for Carter and her North teammates.

“Social media allows me to stay in contact with future teammates and coaches easily throughout this pandemic,” she said. “As for high school, we had been meeting on Zoom daily to stay connected as a team.”

She hopes to improve upon those numbers this winter, but she’ll settle for suiting up with her friends and teammates as often as possible.

“Senior year looks rough right now as far as being able to get in a full season,” she said. “I’m not worried about records or wins and losses this year, I just want to be able to make a few more memories on the court with my girls before I graduate.”

Carter expects to settle into the Akron campus at some point over the summer to begin workouts with the Zips.

“I will be attending classes and workouts at Akron later in the summer,” she said. “I love that coach (Melissa) Jackson realizes that the incoming freshmen want to enjoy graduation parties and some time with their friends before we all head off to college.”

Carter was one of two Rangers who signed with Division I programs on Wednesday.

Jess Dodd is headed to Kent State to play softball.

Carter and Dodd both hope to inspire future Rangers to follow in their footsteps.

“I hope that Jess and I set examples for younger Rangers and realize that setting a goal and making a plan to get there is the most important step as an athlete,” Carter said. “Anything is possible if you work hard.”