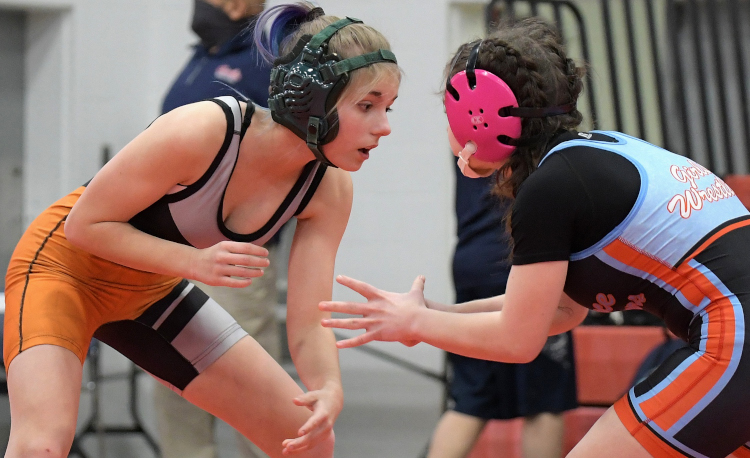 Lesler-Harrold opened the tournament with a bye then was pinned by Marlington’s Maddalyn Bean in the quarterfinals. She defeated Alliance’s Rylee Horning, 4-0, in the consolation semifinals, also known as the blood round as the winners earn a state berth while the losers miss out on the opportunity.

With the win, she earned a rematch against Bean in the third-place match and had the Marlington wrestler on her back before being turned and pinned in the third period.

Preston, a 137-pounder, also earned a first-round bye then gave defending state champion Alyssa Pirro of Lutheran West all she could handle before being pinned in the second period. Preston was trailing just 2-0 when she slipped through a move and ended up on her back.

Preston’s third-place match nearly ended with a victory but time expired as she had Hubbard’s Amber Flynn on her back. Flynn eventually won the match by fall.

The state tournament will be held at Hilliard Davidson High School on Feb. 20-21.

The Rangers finished in seventh place with seven wrestlers earning a spot among the top six in their respective weight classes.