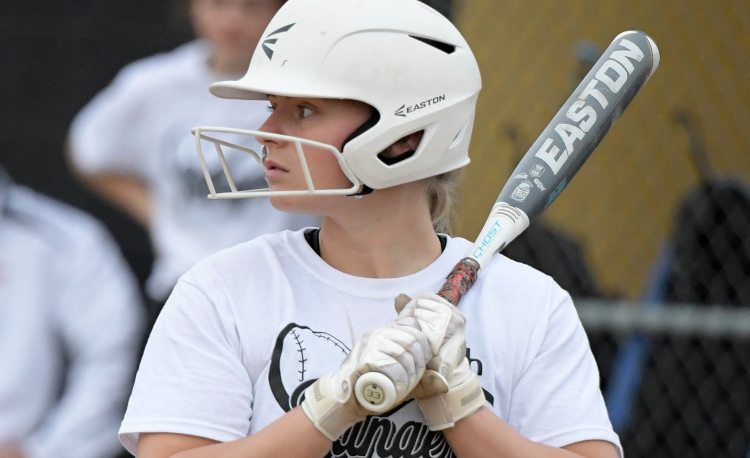 With six returning starters from 2019 and a host of talented newcomers, the North Rangers are looking forward to hitting the diamond this spring.

The Rangers, who finished the 2019 season with a 12-9 record overall and 10-2 in the Western Reserve Conference, open the new year with a mix of veteran players and those playing varsity for the first time.

“Expectations this season are very high for our program,” said North coach Taylor Braddock. “We have a very strong senior class and they bring leadership, which is needed when you have new faces in the lineup and on the field. Add five freshmen to the mix and that leadership becomes even more important.”

The lost 2020 season, coupled with a shortened and altered preseason, leaves the Rangers with several question marks heading into the season.

That’s where the senior leadership comes into play, though, as the North lineup is aware of the expectations surrounding each individual player and the group as a whole.

“It has been different to try and get the girls game day ready after not having a season last year and no preseason allowed prior to the beginning of February,” Braddock said. “The girls have a good understanding of what this season means and just being able to get on the field and play, that in itself will have them ready. The girls we have in our program are eager to learn new positions and play where we ask them to without hesitation. That has helped us with trying to see where each girl fits best after not seeing them play last year.”

Braddock’s confidence stems from the strength created by her senior class.

Jess Dodd and Adri George have started for the Rangers since their freshmen years and Hailie Wilson and Emily Zaleski are well-seasoned.

“They keep the other girls grounded and accountable on and off the field,” Braddock said.

Dodd, a Kent State signee who was named the team’s 2019 MVP as well as an All-Western Reserve Conference and second-team News-Herald honoree after batting .513 as a sophomore, will start in center field.

“Jess holds down the outfield for us,” Braddock said. “She has grown so much since her freshman year and we expect more growth as the season goes on. She has one of the best work ethics I’ve ever seen and I fully believe her hard work will pay off this season. We expect big numbers offensively and a ton of leadership on defense and in the dugout.”

George, who will continue her education and playing career at Mount Union, returns behind the dish after batting .479 as a sophomore. She was named the team’s defensive MVP and also earned All-WRC and All-News-Herald honors.

“Adri has been a leader since she stepped foot into our program,” Braddock said. “She has the fire and determination that we want out of everyone on every play. She has led our team in almost all offensive categories since her freshman year and we expect big numbers for her this year as well. Her voice on the field is a key part to helping out our pitchers and keeping our defense grounded.”

Zaleski and Wilson return and first and third base, respectively. Wilson earned all-conference honorable mention honors after batting .375 as a sophomore.

Junior Olivia Augusta also will be counted on to provide leadership and consistency in the circle for the Rangers.

As a freshman, Augusta earned honorable mention All-WRC honors after allowing just 55 hits to 243 batters in 46 2/3 innings of work. She finished the year with 41 strikeouts and also threw a five-inning no-hitter during the 2019 season.

“Liv hasn’t pitched a high school game since her freshman year but she did pick up some pretty big wins and a five-inning no-hitter as a freshman,” Braddock said. “She has grown over these last two years and will play a huge role in this program as our anchor from the mound. She’s not only a bulldog on the mound, but swings a solid bat too, which helps her cause.”

Juniors Dori Siekaniec, Juliana Augusta, and Madie Cicero, as well as freshman Alyssa McPeek round out the projected starting lineup.

Siekaniec will see her first varsity experience at second base. Augusta, a Notre Dame College commitment who batted .354 as a freshman, will play left, and Cicero, who slapped her way to a .362 batting average two seasons ago, will play right field.

McPeek gets the starting nod at shortstop.

“Alyssa brings a lot to our team,” Braddock said. “Her defensive skills have been impressive thus far for a freshman. She has practiced at catcher, shortstop and second base for us and has excelled at all of them. Her softball IQ is through the roof and you can’t coach that. Her instincts and knowledge for the game will help her have what we think will be a very successful freshman season.”

“Although we have four seniors and six juniors on our roster, only three of those players were everyday starters in the past,” Braddock said. “Three of the six juniors got opportunities to play their freshman year but were not full-time starters. Add the five freshmen we have now, and that gives us a little bit of inexperience, but the girls will overcome that with their maturity and knowledge for the game.”

North’s success this season hinges on the Rangers playing each game with the same level of intensity and focus and making the most out of each at bat.

“We expect these girls to come out swinging this year,” Braddock said. “We have a lot of solid bats in our lineup and as long as they stay patient and hit their pitches, they will be successful. The girls need to get their mental game right and make the routine plays. They trust each other, but they need to trust themselves too. They are hard on themselves in good and bad ways, and as long as we get them to understand their potential, they will be successful.”