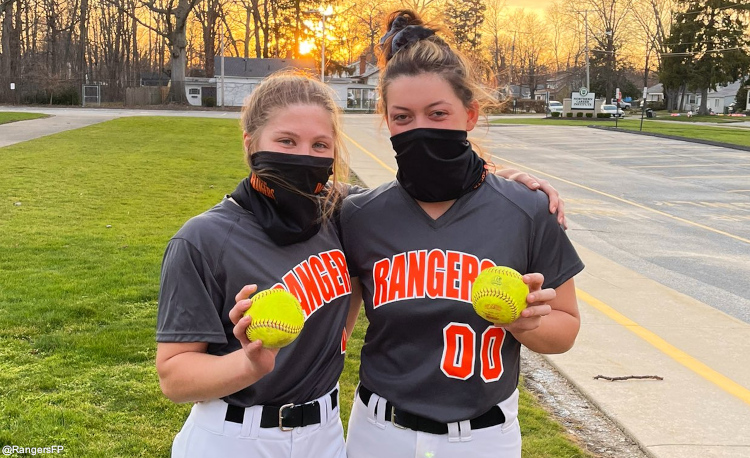 North freshman Amanda Dobida made the most of her first start in the pitching circle.

Dobida struck out 10 Lakeside hitters and also went 3-for-3 with her first career home run and three runs batted in to lead the Rangers to an 11-1 six-inning non-conference win on Tuesday.

“Amanda stepped in the circle ready to go today,” said North coach Taylor Braddock. “She pitched her game and worked well with (catcher) Adri (George’s) pitch-calling. For her first career win, it was a solid performance. She got her first career ‘W’ and home run in the same game, which is a huge confidence booster for a freshman.”

The game was a late addition to North’s schedule but the Rangers didn’t flinch at the last-minute change of plans.

“We were trying so hard to play today with how nice the weather was and I’m glad we got a game,” Braddock said. “The girls played a lot better today and improved on what they needed to from the last game.”

North struck early with three runs in the top of the first inning.

George and Dori Siekaniec both singled to start the rally and Juliana Augusta hit her first home run of the year to make it 3-0.

The Dragons cut North’s lead to 3-1 when Sidney Griffith led off with a single, stole second, and then scored on Nicole Lemponen’s single.

That would be the last run the Dragons would score off of Dobida, who allowed the one run on seven hits and struck out the 10 hitters in a complete-game victory.

“It was extremely exciting to get my first varsity win,” Dobida said. “Our catcher, Adri, called a great game and I hit my spots. My offense backed me up by scoring runs early on in the game. In the field, we were solid. My defense had my back. I felt comfortable and confident.”

Dobida led off the third inning with a solo home run that made it 4-1.

“The pitcher today wasn’t the speed we are all used to,” Dobida said. “We knew early on that she was throwing strikes. I went into all of my at bats looking for my pitch. When I found it, I went for it. My teammates were all very excited and are always there to support.”

Emily Zaleski hit a one-out double in the fourth and Dobida singled her home to push North’s lead to 6-1.

Maddy Cicero singled and scored on George’s RBI base hit in the fifth and the Rangers put the game away with four runs in the top of the sixth.

Hailie Wilson started the rally with a leadoff single, Zaleski was hit by a pitch, and Dobida hit another RBI single that left runners at the corners. After Dobida stole second, McPeek hit a two-run single and later scored on George’s double.

The Rangers pounded out 18 hits in the win.

“The girls went into the box aggressive today,” Braddock said. “As coaches, that’s what we asked from them. They swung at good pitches and put the ball in play. Good things happen when we do that. The girls have made the adjustments we’ve asked them to so far and they’ve been successful with them. They’re playing well as a team.”