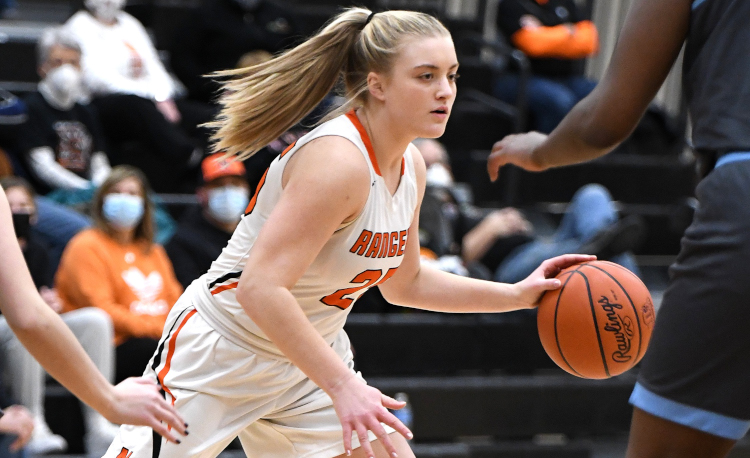 North senior Avril Drew isn’t quite ready to hang up her basketball shoes.

The 5-foot-7 guard recently announced her commitment to continue her education and playing career at Edinboro University in Pennsylvania.

“I’m so excited to have this opportunity,” Drew said. “After visiting there, I felt welcomed and it was hard to not imagine myself there.”

“They have a great mindset on the game and on life,” she said. “I’m excited to share my love of basketball with them next season.”

Edinboro recruited her to play one of the guard positions.

“For college, it is more transition-based and definitely a faster gameplay,” Drew said. “That’ll be different for me compared to high school, but it’ll be fun to step up to the challenge and develop my game even more.”

As a senior, Drew led the Rangers with 18.0 points per game. She finished second on the team with 7.6 rebounds and third with 2.6 assists per contest. Drew drained a team-high 97 field goals, which included 17 3-pointers.

Drew served as a Swiss Army knife of sorts for the Rangers as she was among the team’s top scorers, defenders, and rebounders.

She believes her experience in a variety of roles will help her settle into the college game.

“I think having a broad skill set will help when facing more athletic and faster defenders,” she said. “Coach (Paul) Force always helped us with all the different aspects of the game, not just guard play or post play, which I’m grateful for that.”

Drew plans to major in nursing.