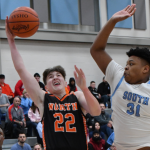 South used two key sequences to hold off visiting North in a rivalry game on Friday, 61-56. The Rebels dominated the boards early, which led to several easy baskets, then used a double-digit second-quarter run to pull away from the Rangers in the third quarter. “Those were the two spots where they got some of 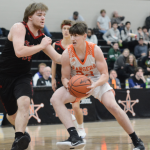 EASTLAKE—Despite watching most of the first half from the bench due to early foul trouble, Brady Toth scored a game-high 22 points to lead Chardon to a 78-65 win at North on Friday. Toth drained two 3-pointers and a field goal in the first quarter but picked up his third foul with 7:19 remaining in 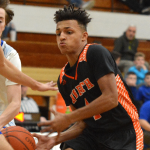 Starting the season without a returning starter and only two players with varsity experience wasn’t an ideal situation for the North boys’ basketball team but it also provided an opportunity for the Rangers. Despite an 0-4 start, head coach Rob Koelling has been encouraged by the competition he has seen on the practice court and 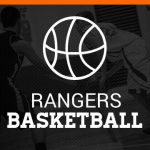 Boys’ Basketball sign-up/information meeting. Thursday, Oct 17th in the PAC Reception room @ 7:15 am. Anyone interested in trying out for the Boys’ Basketball Team should attend and sign-up with Coach K. This will be a brief 10 minute meeting to pass out forms/schedules/information needed to tryout. Questions: Email Coach Koelling at rangersboysbasketball@gmail.com 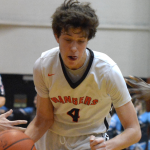 North’s game plan for Friday’s Western Reserve Conference showdown with visiting Riverside was simple. The Rangers weren’t going to led Andrew Keller have another career night the way he did in scoring 55 points against Chardon last week. That plan worked to perfection as the Rangers held Keller to just nine points in a 73-60 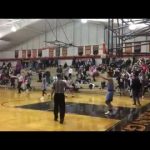 Mo Morgan wasn’t the first option to have the ball in his hands in the closing seconds of North’s 56-55 win over visiting Kenston on Friday but he hit the game-winning 3-pointer anyway. With 9.8 seconds left, North coach Rob Koelling drew up a play to get the ball to freshman Kyle Randall at the 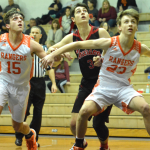 EASTLAKE—Foul trouble forced Aaron Broja to watch most of the first half of North’s Western Reserve Conference showdown against visiting Chardon on Tuesday. He made up for lost time by scoring eight of his 12 points in the second half, including a floating jump shot with two seconds left in the game to lead the 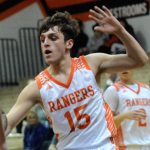 Aaron Broja drained a 3-pointer in the closing seconds of regulation but North couldn’t complete the comeback as the Wildcats went on to win the Western Reserve Conference showdown on Tuesday, 70-64. “We played too spotty,” North coach Rob Koelling said. “We’ve got to get more consistent with when we go on momentum spurts. We 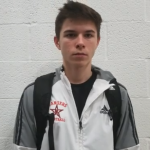